My current exhibition, “Quarried”, has no captions or text apart from a brief artist’s statement. It was a deliberate part of the design. It seems that some visitors do not like it and there have been comments about not knowing where the pics were taken and that a location alongside each image would help.

I was asked why I was being so secretive about the quarries in the exhibition. My explanation is that it is irrelevant where they are, all you need to know is contained in the photography and the artist’s statement. Obviously it is not enough for some people. In a way I am pleased because they will leave remembering something even if it is only an awkward photographer who will not play the game and answer all their questions.

The design of the exhibition is based around making the images accessible. That means no frames, the prints are mounted on Diabond which is an aluminium substrate that has no visible signs of fixing and appears to float off the wall. There is nothing between the print and the viewer.

Last year I found Jaques Aumont’s book “The Image” where he talks about ‘frames’. For still images that means the way the images was framed, what the photographer chooses to include and what to leave out. It is also about the societal and political influences that deem what is and is not acceptable. That can range from the lawful to what is considered to be good for a photographic club competition.

Physical frames contain and restrain meaning. Put a photograph behind glass in a frame and it becomes a precious object, a museum piece. And if is destined to be displayed on a wall it has to have a title or a caption. It has to be anchored in a frame of reference that limits and dictates the possible meanings. Why? Is it not possible to engage with an image without being told what to see? Or is it just a convention, an expectation that can and should be challenged? 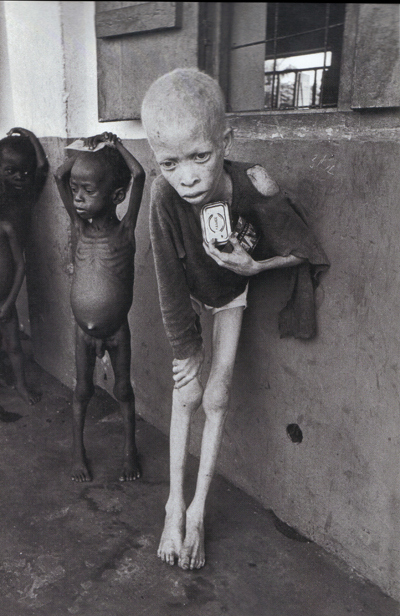 It was a Saturday morning and very busy, there was a continual stream of people walking round in an orderly fashion. I stood in the middle of the room and watched how they were looking at the prints. I say ‘looking’ rather than ‘seeing’. There was a pattern, a quick glance at the image, 5-10 seconds then down to the left corner to read the caption and then back to the pic for maybe another 5 seconds and then move on to the next. I called them ‘noddies’ because of their head movement.

I wanted to scream “look at the pictures and feel something.” After a while I became aware of a man standing to my left. He was motionless and had tears streaming down his face, the images meant something to him and produced a profound reaction. He was seeing the suffering without the need to read the captions. A that was needed was to engage with the image however painful that might have been.

From that day I stopped using captions or titles for my work. If I have to include text then it is minimal and does not explain what is in each image nor tell people what to see. I want people to look at my photographs with an open mind and to see for themselves what is there. To explore and then decide, or not, what it means to them.